Why I am a bad liberal (and gay man) 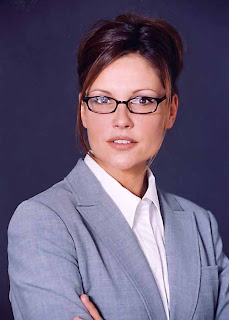 It seems to me that Governor Palin is on the wrong side of almost every issue, not just those affecting women, but those that are of the utmost importance for America. I think it is ridiculous that she believes that creationism should be taught in science classes—perhaps in some sort of humanities class, sure—and I think her place on any ticket is nothing short of calculating pandering and, ultimately, dangerous to the Republic, should she succeed to the Presidency
However, abortion is the one issue that I don't see her as being on the wrong side of. I've never seen how (except, perhaps in cases of rape and where the mother's life is in danger), abortion is a woman's issue and I wish that the Democratic party and liberals in general could at the very least remove it from being the central issue discussed anytime women are mentioned. Or, they might actually have a rational discussion about it, but I fear that this is unlikely to happen.
Of course, someone might see my thoughts here as just a holdover from Catholicism. But that itself is a further trivialization of what is an important moral issue.
Posted by Tyler Hower at 4:17 PM

Tyler this atheist agrees with you