Cultivation and the small life

When I was a teenager, my mom sang in our parish choir. One night each week they practiced. I think I remember that it was Wednesday after the evening mass. I would go to mass and then stay in church reading or doing homework during their practice—sometimes, I would take a long walk around town. As much as I sing, I have never been much good, so there was little temptation for me to join in.

When practice was over, a small group of choir members, mostly somewhere in age between my parents and grandparents, would go to the local Dairy Queen for burgers or ice cream and an hour or two of gossip. I usually went along. I was a strange child and adolescent.

The Dairy Queen was usually pretty busy on those nights, mostly with people who had been at other weeknight meetings at other churches around my small hometown.

There was one couple I remember almost always being there when we’d arrive. They were almost always there when we left, too. They were an older married couple, in their fifties or sixties. That is, they seemed older to me then. I really can’t remember whether they were formally married, but they had been together for decades, so it was as good as if they were. He was part of the custodial staff at the junior high I’d attended. I don’t know whether she worked or not. They were both a little “slow”, as people said at the time. They were probably a little poorer than we were: being an assistant janitor for decades didn’t pay all that well. Like my grandmother’s family, they were Appalachian.

They would sit in a booth across from each other, each with a cup of coffee. It seems to me that they rarely had much else (but memories fade and reformulate over more than three decades). They were always dressed up, though not well. He would always wear a tie and often a jacket. She would be in a long skirt or a dress, her hair in two braids on the side. Their clothes were old and worn, but they clearly made an effort on their appearance. They’d almost certainly come from some church or other.

Between them, they would have a stack of several piano exercise books. They weren’t particularly advanced books, certainly nothing beyond what I had gotten to in the years I had taken lessons. One of the books would be open and they would be studying it intently. They would pore over the pieces and talk to one another about the tune and notes and how to play it. They rarely, if ever, spoke to anyone else beyond exchanging greetings. They were engrossed in the sheets in front of them.

I don’t know what made me think of them this week. Maybe it was because I was talking about the meaning of life in one of my classes. Whatever the reason, there’s something instructive in that little bit of their lives that I know about and that I’ve recounted here.

They were, by every normal worldly measure, people who did not matter very much. In most ways they were on the edge of society even in a place as out of the way and insignificant as my hometown. They were dedicating their evenings to something that neither one of them was ever going to become very good at. I don’t even know that they had a piano at home to play, and they weren’t looking at difficult pieces. That activity, as little as it mattered to anyone else, mattered to them. They had a real artistic interest and they showed a real dedication to it and to getting better at it, to understanding the playing of music.

They were cultivating themselves. That cultivation seems to have created a beauty and sweetness in their lives, even if no one else could share in it or benefit from it. From the outside, it certainly seemed that they were leading small lives, but small lives can be flourishing ones as much as great lives can be. Sometimes, it may just be enough to tend one’s one garden and tend it well.

Posted by Tyler Hower at 3:54 PM No comments:

The justification of the state 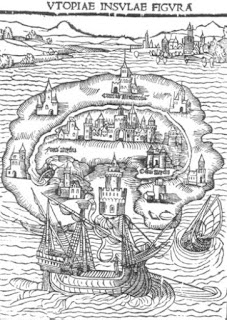 The state is a form of organized violence or the threat of such violence. This is among its essential and defining features. I can imagine a community or a society that didn’t have the power to punish or to fight against enemies—there are pacifist communities, after all—but I can’t imagine such a state. I don’t think that’s just a failure of imagination on my part. At least in one long political tradition, police and defensive powers are definitive of the state; I’m thinking of Plato’s auxiliaries, the power to punish in Aquinas, the role of the Sovereign in Hobbes, the magistrate and the powers
he’s been given in Locke, …. What is law without the power of compulsion?

Other than those pacifists, most people hold that, at least in some cases, violence can be justified. There aren’t many people who would deny the right to violence in self-defense. I hold the view that self-defense isn’t sufficient to justify taking a life. From conversations with students and my husband, I know that this is not a very common view—it might even seem outlandish—but even I think mere self-defense justifies some lesser forms of violence. (For what it’s worth, I think other-defense alone can justify taking a life.)

So, if violence can, in some cases, be justified, the most important question about the state in general or any particular state or particular state action—in ethics and politics, it is really the particular and concrete rather than the general and abstract that matters—is whether it is justified in this case, here and now. That is the most important question, the question of moral status. Whether it’s justified or not is not, of course, the only question: it is often prudentially advisable to comply when threatened with violence, even if that violence isn’t justified, maybe especially then.