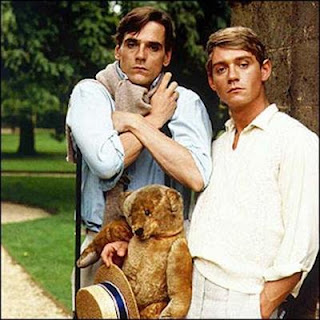 Partly because there is a new film version—I probably won't see it because it is reported to be sympathetic to the minor character Hooper and to emphasize the relationship between Charles and Julia at the expense of that between Charles and Sebastian and to give short shrift to the religio-tragic element, arguably the entire theme of the book—I have begun re-reading one of my favorite novels, Brideshead Revisited.
Having just disembarked with Charles at Brideshead and read the lines, "'Yes, Hooper, I did. I've been here before.'/The words seemed to ring back to me enriched from the vaults of my dungeon.", I felt that frisson of feeling that I get when I meet again an old friend or an old flame and I remembered why reading and re-reading is such a great joy. Et in Arcadia ego.
Posted by Tyler Hower at 9:01 PM No comments:

So is it a sovereign nation or a client state?

Senator Obama, in his visit to Iraq, outlined a withdrawal plan that would see American troops out of Iraq in sixteen or so months. Leaving aside whether that speedy a withdrawal is even logistically possible—others have said that it would take at least two years to get everyone and all the equipment out of Iraq—this was praised by the Prime Minister of Iraq as a reasonable and desirable timetable.
Senator McCain and his substitutes have claimed that doing this would amount to defeat and that Obama is willing to sacrifice victory in order to win a political campaign.
Whether such a withdrawal would amount to victory or defeat, it may be time to ask ourselves whether America really believes itself when it claims that Iraq is now a self-governing, sovereign nation. Because, if it is a sovereign nation that we are merely—at this point—helping to stabilize, then we must respect the wishes of its leaders. And if its leaders, such as the Prime Minister of Iraq, say to leave, we must leave. If, on the other hand, we are going to stay until we think the job is done, the government of Iraq be damned, then we really have just created a client state and we ought to admit that.
Posted by Tyler Hower at 10:08 AM No comments: 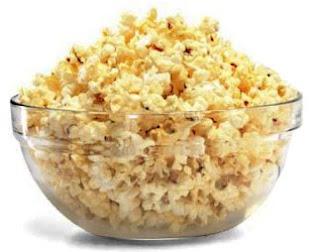 Like almost every holiday, Independence Day wraps me in a fog of nostalgia. There are some pretty wonderful memories of Fourths of July past and a few bad ones, but they are sufficiently commingled now so that I am left with a vaguely pleasant and wistful image and feeling of the sprinklers and snakes and flaming fountains of my youth, all enjoyed on the sidewalk in front of the two houses I grew up in, with my mom and neighbors watching, followed always by a trip to Kriegbaum Field.
Kriegbaum Field was the local high school's football stadium and track. It had once been a part of the Kriegbaum family's farmland, given to the county, if I recall correctly, in order for the school to have a decent field. It was the only vast open space without trees in the city, so it was where, every year, the VFW put on its patriotic extravaganza, complete with citizenship awards—there's a bad memory tied in with those—and, finally, the fireworks. For a relatively small town, Huntington put on quite a firework display, even if it was always much too long and it was administered by local volunteers. I think it was partly the volunteer aspect that made it go on and on. With older local men lighting each rocket by hand—no computerized or electronic systems for us—it took a while to get them all going.
The other reason it was such a long affair was a desire to get all the bang possible out of our buck. After one bit of display, it was felt, it just wouldn't be right to light the next until all the excitement had died down. So, having waiting for the concert and the speeches and the presentations to end, a good hour or more of anticipation of the sunset, the veterans and the people in the stands whose donations had made the show possible would be damned if each explosion, each fiery starburst didn't get its full complement of "ooh"s and "ah"s before the next earned its accolades. Anyway, that's the way it seems to me now, but as a child, sitting almost exactly where I would again be seated for the high school football games come fall, it was a long, long night.
But there was one thing that always made that long night special. Before we would go, my mom and I would pop pot after pot of popcorn. Indiana is popcorn country and you grow up eating a lot of it, not out of a microwave, but popped in oil or butter on the stovetop in a regular old pot. We would pop pot after pot of it and pour it into a grocery bag, until it was about full, the bag slowly going from kraft paper brown to the color of oil cloth. When it was full, you knew that the celebration was about to begin. So, for me, there is something about Independence Day that makes me want to pop up some corn, fill up a grocery bag, grab my mom's hand and walk over to the field, through all the cars parked everywhere, and settle in for some fire in the sky.
Posted by Tyler Hower at 2:11 PM 1 comment:

If Senator McCain and his auxiliaries are going to tout his experience in the military and as a prisoner of war as part of his qualification for the office of the President, then it is fair for General Clark and other Obama supporters to point out that such experience, no matter how much it may point to certain very real strengths of character, is not in fact a qualification for much of anything other than military (and personal) honor. There is no doubt that McCain showed amazing strength in his imprisonment in truly horrible circumstances, but that isn't all that is called for in a President. Certainly, if he were to be elected President in the parallel world in which 24 occurs—a world in which the ticking time-bomb scenario is our everyday reality and torture really works and where the US didn't develop interrogation techniques from methods the Chinese used to gather false confessions for show trials—if he were in that world, then it would matter immensely how our Presidents could stand up to torture and imprisonment. Fortunately, we do not live in that world. So, what is more relevant are his and any candidate's political credentials. McCain was a hero, but now we ought to care about what kind of leader he would be. So, Vietnam really doesn't matter all that much.
Posted by Tyler Hower at 6:08 PM No comments: