Our place in nature 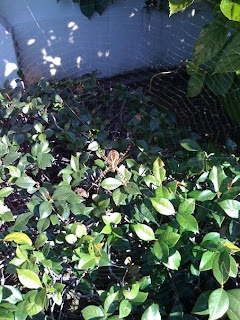 I am a humanist, which is to say at least two things: I've spent more than half my life in the humanities; and, while I don't know that we always get the right result, I believe that moral questions must be addressed from the human perspective—after all, there is no other perspective we can successfully take. (This is not to say either that only humans matter or, in the style of secular humanists, that religious values cannot be discussed or considered.)
But the right kind of humanism cannot be that sort in fact exhibited by those who claim to be religious (and often deride humanism) but demonstrate in many of their beliefs an inheritance from the Enlightenment and its immediate intellectual forebears, namely a vision of humans as divorced wholly from the rest of nature. I call this, too, a kind of humanism inasmuch as it replaces a presumed God of creation with a God of humanity. If that's not humanism of a sort, it's hard to know what it is.
Consider two fonts of this sort of view: Descartes and Kant. In his dualism, Descartes endows humans with a mind. He is at pains to distinguish this from the soul (the anima that animates all animals). He goes out of his way to deny this mind is shared at all by the (other) animals. Here, in a new way, we are separated from the rest of nature. Nature is simply a mechanistic body devoid wholly of mind, while we are minds. Of course, we have bodies, but this is not essential to us.
In Kant's conception of the human being, we are defined by two characteristics: our will and our reason. It is these two things that make us what we are and it is their lacking in the natural world that makes that world morally irrelevant. The natural world, the phenomenal world, is deterministic and unreasoning. Only we are free and reasoning and only as we are conceived in the noumenal world, not the world we sense. And, for all the sublimity with which Kant enchants the natural world, this is nothing more than a power to create an effect in us.
I'll not delve too deeply into the consequences these views have for treatment of nature and animals. But,  it should be obvious that on such views, nothing can be wrong per se in any treatment of the non-human world, except as it affects humans. Torturing a dog like Heathcliff is wrong not because of the dog's suffering, but only because if might lead to insensitivity to human suffering.
Rather the pervasive problem is in seeing us as divorced from nature. This contrasts an older tradition—that tradition against which Descartes rebelled—that sees humans as ensconced in nature. Even Plato for all his hatred of the physical world, sometimes hints that the physical world's other inhabitants might have a deeper connection to us; or, at least one might infer this from some of his considerations of metempsychosis. Surely Aristotle, in his views of the souls we share with other living things: the vegetative and animal—and in his tying together of form and (physical) matter and placing us between, but sharing in the natures, both of God and the animals, places us as much more firmly in nature. This is a theme mirrored in the Stoic belief that all living things share in a piece of the fire that permeates the Universe as well as the ancient and medieval mindsets in which humans can learn moral lessons from natural history and bestiaries.
I'm not just being an old codger here nor am I arguing that animals stand on the same level in moral consideration as we do—I am, after all, claiming to be a humanist, to place humans first. But there is something disconcerting about having to argue with University students who firmly believe that "All humans are animals" is false; with people who tell me that something ought to be done about the birds—the parrots, the hummingbirds, the eagles and hawks, etc.—on campus, because they have the temerity to defecate on car hoods; to watching student overcome with disgust and fear at the lizards, possums, raccoons, mice, rats, etc. that come up from the canyons on the side of campus (it's lucky they don't see the coyotes in the daytime); at having students strenuously deny the possibility of natural selection less out of religious conviction that out of concern over human dignity; and, at having those students who accept evolution conversely claim that because we are a different species, we may exploit all the rest of nature.
What am I claiming? Just that a view of humanity that sees us as apart from nature is an impoverished one, impoverished in its appreciation of the natural world—not just in zoos and botanical gardens—as a good in itself and impoverished in its appreciation of what we are as part of that same nature. To see ourselves as angels trapped in bodies is as wrong and harmful as to see ourselves as merely clever pigs. Perhaps we need a return to the Great Chain of Being—in a modified form—to see our place in relation to and in nature.
Posted by Tyler Hower at 7:21 PM

The question of human dominion over the natural world comes up quite a lot here in AK, as you can imagine. Out in the bush people depend on hunting and fishing to put dinner on the table. Hence the predator control programs (aka wolf shooting ) that are so unpopular with people not living in the bush.
Here in Anchorage we have approx. 250 black bears and 60 brown living within the municipality. They seem to be getting more troublesome lately. Is it because there are more people living in Anchorage? Or is it the rising number of salmon in the creeks? We love having lots of salmon, and in general do what we can to boost the numbers, but better fishing for sportsmen is also very attractive to bears. How aggressive should we when dealing with problem bears? Destroy or relocate? How much responsibility do residents have to not attract bears (leaving garbage on the curb overnight, having bird feeders, etc.)?
It drives me nuts that the city doesn’t have enough money to pay me for a full day’s work, but they want to hire a Bear Cop. Problem bears are currently handled by the State Fish and Game department, but the Assembly thinks they are too soft on the bears. On the other hand, it could be a revenue generating opportunity if they hired Chuck Norris and made a TV show out of it.

I think you really want to go for Ted Nugent, rather than Chuck Norris, since I think of Ted more as killing non-humans and Chuck as more of a person-killer.
For what it's worth, I do not in general have a problem with hunting or fishing or managing wildlife. Of course, I think that it has to be done in a reasoned way, in a sustainable way, and that we only figure out what the best ways are through experience and through balancing different goods, both for humans and the animals. I do think it is often done in a way that goes back and forth between extremes. And, probably, wolf-culling gets such a bad name partly because most of us never have to live with wolves—and even our coyotes here are a pale comparison—and partly because images of your former governor shooting them from helicopters don't sit well with anyone more because she is so cavalier and unreasoning and unwilling to reason about anything she does.
And, I often think that those who have serious problems with these things largely have those problems because they have so little experience with animals as animals. In other words, I think that that is as much a problem with being so divorced for nature, red in tooth and claw, as it is. Just as people who have no actual experience of farm animals either never consider the way that we raise and treat them or romanticize them into something like our pets, I think that the way that most of live now makes us either want a sanitized world devoid of all nature or one where nature is always allowed to do what it will.
Have you suggested a Bearbrarian position?

Keeping citizens safe is the prime directive of a government, and if bears were roaming my neighborhood, I'd probably want something done about it. But, what I'd want done would include not leaving bear bait(garbage, dog food etc.) out. A lot of folks seem to think it is their God given right to leave their garbage out on Thursday night for a Saturday pick up and that trying to curtail them is some sort of Commie nonsense.

As far as predator control goes, its difficult for me to have anything practical to say. One side says that the hunters are lazy and want there to be enough moose/caribou so they can shoot them from their front porch and the other side says that the wolves are getting fat and lazy and killing more moose/caribou than they need. I don't know who is more correct, more fact based, less anecdotal, but both sides love morally charged language.

You comments on romanticizing animals reminded me of the small but dedicated group of people who believe that the Iditarod is an evil dog killing phenomenon. The mushers who live and work with their dogs have a bond with their animals that I envy, but it's true sled dogs are not treated like house pets. It's difficult to sat what an animal wants, but I tend to think they wouldn't want to be treated like house pets.

Also, good idea about The Nuge. He has been up here a couple of times since I've lived here, hunting, playing the State Fair . ..

for what it's worth, the film "avatar" addressed humanity's connection to nature, even though the humanity on display was an alien race. while i am not in agreement that there is a "spirit" to nature, i do agree with the connection--not only to animals, but also to plants. people, in general, HATE to be reminded that they are animals...and yet i celebrate the knowledge. my prefrontal cortex is the evolutionary structure that both "separates" me from other animals, and "connects" me to art, literature, and thoughts about the future. your students are young, i am assuming, which could mean that their separation thoughts are probably the only thing protecting them from the idea that they are not so special. hopefully, as time goes by, they will understand just how special our evolutionary advantages are--and use them with the proper reverance. meaning: birds shit, but so do we. and thank goodness for that.